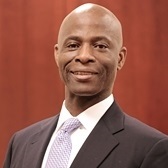 Eric D. Bailey, CFP®, CMFC | July 01, 2016
Share |
Investment
After weeks of speculation and debate over the so-called “Brexit”, British citizens voted to withdraw from the European Union. As is often the case when it comes to an ominous headline, media outlets are abuzz with “experts” making predictions. The initial reaction has been a sell-off in global equities. As your advisors, we would like to offer additional information that may put Thursday’s vote into perspective.
What exactly is the European Union?
The European Union is a political/economic union of 28 member states located primarily in Europe. Current European Union members represent about 7% of the world’s population. Member countries seek united policies to help promote common stances on trade, capital and development. Legislation and regulations are in place that govern economic interaction among members resulting in a single market objective. As a result, the U.K.’s government and economy are intertwined with other member countries in very complex ways.
Has the U.K. left the European Union?
No, not yet. The electorate has voted on a non-binding referendum to exit. For now, the U.K. remains a member but negotiations will begin leading to a possible withdrawal. It is possible that given the agreements that are necessary for a withdrawal, the separation could take months or even years.
What happens next?
Frankly, it is too early to tell with certainty. The somewhat surprising result of the vote was only announced late Thursday night. It is too soon to put forward reliable estimates. This situation will go on for a very long time and certainly have many unexpected twists and reversals. However, there are some things we do know. While the U.K. is a major world economy, it represents just 4% of global GDP. Also, if the exit does proceed, the U.K. will not have to withdraw from the euro currency as they have continued to use the British pound. That is not to say that this should be ignored. An event like this warrants attention and we are continuing to monitor the political and investment landscape.
Your goals and portfolio
It is important to have a strategy during times like these. That is what we have done for you.
Over the course of the past year or so, we have recommended and made adjustments to our clients’ portfolios. Our goal was, and is, to reduce risk where possible and maximize returns in anticipation of higher market volatility. As the fall and recovery from the sub-prime crisis and other crises have shown, overreaction is not a strategy. It is often a recipe for magnified losses. That being said, we will look for opportunities that could arise from overreaction to the current situation.
As stewards of your wealth, we intend to continue to rationally evaluate the challenges and opportunities that uncertainty in the capital markets presents.
We stand ready to help and are willing to discuss your portfolio. Please call with any questions or concerns you may have.
Share |