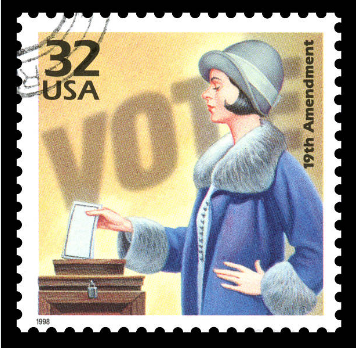 August 26 is the day in 1920 when the United States passed the 19th Amendment, which granted women the right to vote.  Obviously, a momentous occasion that not only redressed over a century of self-centered and ignorant practices of moral inequality, it also unleashed a plethora of voices, thoughts, visions, attitudes, convictions and much more.

Today, nearly 100 years later, we have a record 131 women serving in both chambers of the 116th Congress.  Quite a feat.

No need for a long soliloquy about how much better we are as a society once we unleashed the full power of our humanity.  Suddenly, roughly half of the citizens in the United States, (and many would say our better half) who had previously been denied a voice in their government, could make their feelings and opinions heard.

It was clear that we became better equipped to interpret the world, and see its beauty, and its ills, for what they really were once women became fully vested in the voting process.  In fact, once fully recognized, women helped usher in many political milestones that marked the 20th century in America.   I’ll leave that listing to the historians and those many ceremonies that are to come in recognition of this day. 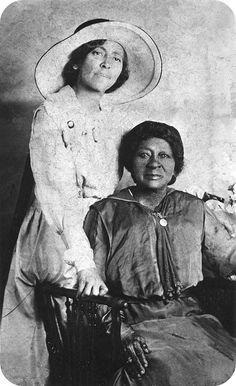 My caution here is this:

Long before that day, this nation and the world knew of the power of the female phenomenon.  As a small boy growing up in Charleston, SC., some of the wisest, most respected, creative, far thinking and caring people I knew were women.  Recognizing my mother, and the many influential women in our family and neighborhood, I instinctively saw women as decisive beings, knowing how to get things done. (There were some very special teachers back then as well).

These women in my upbringing were intellects in their own way, both spoken and unspoken.  They made most of the daily decisions to ensure we were God fearing, nourished with both food and love, safe from harm, respected by others, and capable to handle whatever came our way when we left their presence.  It was a natural capacity, to do the right thing, for someone else, despite the hidden challenges, all the time.  They made it seem effortless, but I know better.

Like most Negro families in the south back then, choices were limited so making the right decisions were precious and critical.  There were times I might question their conclusions but rarely their resolve.  A “No” meant no.  Sometimes they would put sugar on the retort and say… “No baby”.  In either case, you knew where you stood.  These beautiful, caring women needed no 3rd party campaigns, no consensus building, no “Rule 22” to end a political filibuster.  They just got it done without much fanfare.

Perhaps Congress can become more productive by revisiting their own memories of growing up.  Right now, they’re on summer recess.  When the bell tolls and they return to Washington, let’s hope they play nice.