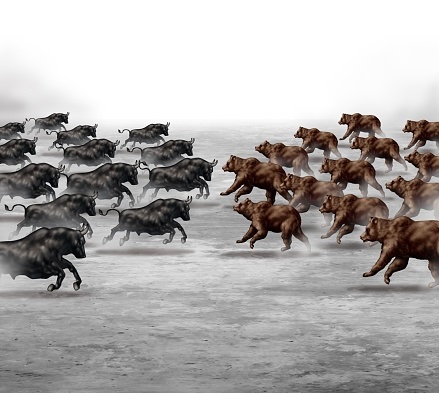 So far, 2016 has experienced a volatile start.  The weakness in the Chinese markets has returned. Oil and other commodities have continued to weaken. Other challenges remain. The Fed has not made clear its intentions as to the number and speed of rate hikes. What is already a contentious election season could turn ugly and confrontational, as political matters often do.  We will not just sit around and see what happens. All of these political and international issues are important. They are not, however, what is most important to you. What is most important to you is your security and your goals. All of our discussions and modeling have been for a reason. We build portfolios in anticipation of volatility, not in response to it. We remain dedicated to applying these principles and our knowledge of you whatever the market environment.

With all of the cross-currents and sudden reversals, what is an investor to do? We find that one of the most vital principles in investing is perspective. On January 2, 2016, a curious headline splashed across the Wall Street Journal. It read, “Stocks Post Worst Annual Losses Since 2008.” While it is true that some stocks were mixed to down for the year, this headline was neither correct nor helpful to managing wealth. While the DJIA was down less than one percent for the year, accounting for dividends, the index was actually up.  Also there is no comparison to 2008 when the DJIA declined over 30%. Perhaps a more accurate headline would be, “Stocks Weather Multiple Threats but Hold Up Ok.” Unfortunately, that doesn’t sell papers.

Like many years, 2015 would prove to be tricky for investors. Most markets have performed well during the recovery from the financial crisis. As the advance continued, portfolios grew and memories of the previous declines faded.

As always, there were challenges looming. Much of the economic strength that benefited investment and employment gains was the result of governments pushing interest rates to artificially low levels. Eventually, rates would have to be allowed to rise to more realistic, market-driven levels. Market participants wondered whether the party could continue once the punch bowl was removed.

Adding to concerns were weakness and uncertainty overseas. It seemed like every area of the globe had its issues.  In midsummer, Greece continued an extended and dangerous game of cat and mouse with creditors. Around the same time, the Chinese government raised eyebrows by intervening in an attempt to stabilize their own sagging equity market. These moves were viewed with some suspicion drawing further caution and scrutiny.

Commodity prices were also a significant issue in 2015. After a significant slump in 2014, some looked for a recovery. They would be disappointed. Falling commodity prices can act to stimulate the economy due to lower prices and more money in the pockets of consumers. This time, the declines were swift and vicious. The GSCI Commodity Index fell over 30% in 2015. A move of this magnitude had the potential to ripple into other parts of the economy. Many questioned whether there was another shoe to drop.

After bumping along between modest losses and modest gains for the first half of the year, nerves began to fray. The fears swelled into a full-scale rout. On August 24th, the DJIA fell more than 1,000 points before largely recovering. Chinese stocks also took it on the chin, falling the most in eight years. Near the bottom, US stocks had experienced a 10% correction. Even though corrections are actually quite common, many were unaccustomed to this as we have not experienced such a decline in over 4 years.

Of course, the stock markets are fickle and unpredictable. The quick-to-sell crowd was disappointed. Within a few short weeks, the markets had recovered and were up slightly for the year. Investing is a very serious business and missteps can be costly. A study of the August declines and investor reactions was performed by another financial institution*.  They examined approximately 330,000 client accounts. The study found that those who sold more than 50% of their holdings during the August sell-off performed 6.3% worse for a trailing 12 month period than those who held firm. Informed restraint, a key principal to our approach, can be a very powerful thing.

Domestic Equities: Like most markets in 2015, domestic equities were a mixed bag. With the October rebound, the S&P 500 rose 7.0% for the fourth quarter. For the year, despite all of the challenges, the index eked out a 1.4% gain. Small cap stocks, which have a material exposure to domestic oil and gas producers, rose 3.3% for the fourth quarter. That was not enough to reverse earlier losses. The Russell 2500 index edged down 2.9% for the year.

International Equities: Foreign stocks faced their own challenges in 2015. The Greek debt saga continued throughout most of the year. With every agreement and reversal from the small nation came predictions of the survival or failure of the euro. Greece, for all of its posturing finally accepted that a country, like a family, cannot spend more than they make for long. Soon, a bigger country with broader implications would take center stage.  China, a driver of global growth over the past few years, began to show deeper cracks. The government intervened in the local equity markets to discourage selling. As the year wore on, China would continue to intervene in equity and currency markets to stem declines. The actions didn’t achieve the desired results. The MSCI EAFE index, however, rose 4.7% for the fourth quarter. For 2015, the index moved down 0.8%.

Fixed-Income: Some bond investors had been sitting on the edge of their chairs for years waiting for interest rates to rise. They didn’t.  In 2015, the Fed began to speak openly about the possibility of a rate increase. In December, the Fed finally accepted that the economy was building sufficient strength and raised rates for the first time since 2006. Despite years of predictions that the stock market would immediately collapse when rates rose, the DJIA rose 224 points that day. For the most part, bonds held up ok. As expected during a rate increase, longer bonds fared worse than shorter maturities. Long corporate bonds fell 1.0% for the quarter and were down 4.6% for the year. A shorter index, the Barclay’s Aggregate, dropped 0.6% for the fourth quarter. For 2015 it did manage a gain of 0.5%.

Source of data – – Morningstar, U.S. Department of Commerce, Wall Street Journal, St. Louis Federal Reserve, Bloomberg, The Federal Reserve. The performance of an unmanaged index is not indicative of the performance of any particular investment. It is not possible to invest directly in any index. Past performance is no guarantee of future results. This material represents an assessment of the market environment at a specific point in time and is not intended to be a forecast of future events, or a guarantee of future results. 3 year performance data is annualized. Bonds have fixed principal value and yield if held to maturity and does not enter into default. Bonds have inflation, credit, and interest rate risk. Treasury Inflation Protected Securities (TIPS) have principal values that grow with inflation if held to maturity. High yield bonds (lower rated or junk bonds) experience higher volatility and increased credit risk when compared to other fixed income investments. REITs are subject to real estate risks associated with operating and leasing properties. Additional risks include changes in economic conditions, interest rates, property values, and supply and demand, as well as possible environmental liabilities, zoning issues and natural disasters. Stocks can have fluctuating principal and returns based on changing market conditions. The prices of small company stocks generally are more volatile than those of large company stocks. International investing involves special risks not found in domestic investing, including political and social differences and currency fluctuations due to economic decisions. Investing in emerging markets can be riskier than investing in well-established foreign markets. CRN-1386896-010816