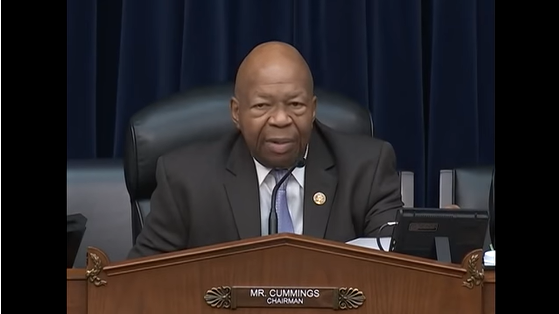 Dancing with the Angels

It is with a heavy heart that I succumb to the news of the untimely death of the Honorable Elijah Cummings, the dedicated, charismatic and beloved democratic Congressmen from the great state of Maryland.  Representing Maryland’s 7th congressional district for the past 27 years, Cummings served courageously in several leadership roles and earned the scares and the accolades from friends and foes in his pursuit of justice and equality in America and abroad.

Most recently he served as Chair of the powerful House Oversight Committee and once again, eloquently and loudly spoke truth to power without any cover, in the spot light and scornful glare of the White House.   Cummings followed his sense of decency and fairness in government and moved through the halls of Congress with a sense of righteousness to protect democracy like neighborhoods united against crime, drugs and unfair housing.

Elijah Cummings cared so much about the world he was leaving for the next generation.  He talked about legacy beyond finance, but instead as a commitment to leave a path for even greater accomplishment for those who desire more.   He made time to speak at colleges and universities to seed the young minds with hope and courage to go from a sharecropper’s son, to one of the most powerful men in the U.S. Congress if that is a goal.

I dedicate this month’s blog to his public life, his commitment to justice for constituents, allegiance to country, love for family and respect for his fellow man.  My condolences to his wife Dr. Maya Rockeymoore Cummings and family, close friends and all the many beneficiaries in Baltimore who have lost more than a politician.  They lost a true friend and comrade in the battle of life and justice.

l close with the wise words of Congressmen Cummings himself, who as a spiritual being, chastised and challenged his colleagues in the House and Senate in February of this year.  He said…

“When we’re dancing with the angels, the question will be asked: In 2019, what did we do to make sure we kept our democracy intact?  Did we stand on the sidelines and say Nothing?”*

You said it all Chairman, well done.  RIP

It’s Your Life…Plan for It.

Eric Bailey is a registered representative of Lincoln Financial Advisors.