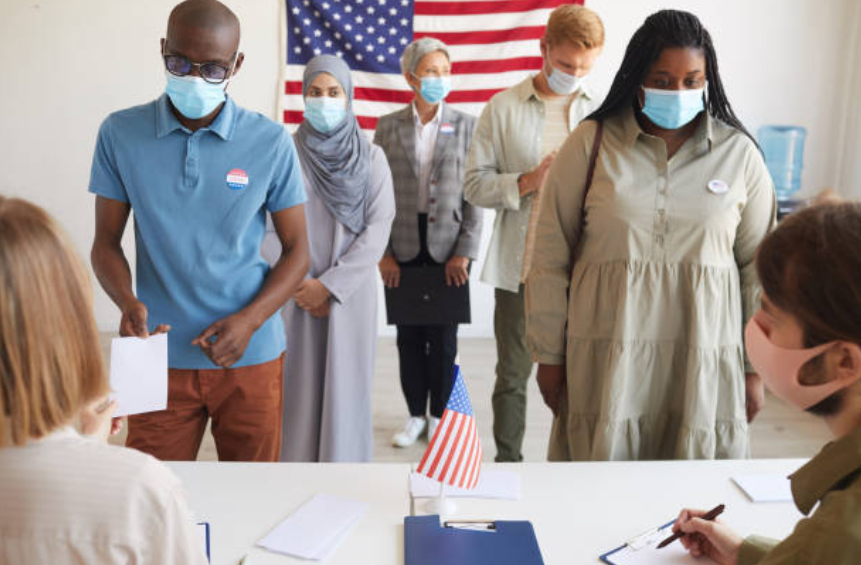 If there was ever a time you should feel exhausted, rundown, out of breath, and just plain tired of the track you’re on or the circumstance you bare witness to, this would be the time. It’s a time when you want to say:

“OK…I’ve done my part, stood in line, paid my dues, learned my lesson, so now, let’s just get on with it.”

Suffice to say, 2020 will go down as yet another memorable benchmark in a long but storied and tumultuous history in America. An America that continues to challenge the strength and dexterity of this experiment called “Democracy”. A democracy that is complicated by, among other things, the strengths and weaknesses of our humanness, our innate ability to both love and hate, to show extraordinary compassion at times and deliberate indifference at others.  To know or even experience vulnerability and weakness but once transformed, covet only power and personal gain.

The Soul of America:  This year’s Presidential election continues to be something difficult to get our arms around.  Are we truly fighting over issues that reflect the soul of America as Biden suggests or is it more a conflict of personalities vs. the need for power?  Was this truly the most critical election of our life time or just another opportunity for America to retreat to the extremities of our humanness and run to the corners of where we are most comfortable.

Even as we learn more about the potential of the COVID-19 vaccine from Pfizer and others, we are no less vulnerable in the coming months. The vaccine won’t bring back the over 250,000 of our citizens that have already died and the thousands more that may follow in months to come.  How will we avoid the continued victimization of people of color, and other disenfranchised communities that remain vulnerable as the vaccine is distributed?

I don’t know if anyone can answer these questions but I’m pretty sure about one thing…the struggle for control of our lives as we know it today will not be resolved with this election.

“If the Creek Don’t Rise…”  As a young boy growing up in Charlestown, South Carolina, I heard my parents use the phrase; “If the creek don’t rise”.  It’s an old southern way of saying you plan to do something as long as nothing out of your control prevents it.  Perhaps it refers to an untimely death or the “boss man” saying no work today. Either way, it’s something out of your control.   I was too young and naïve to really understand it or even see the vulnerability it represented.

Years later, I recognized this colloquial expression as a reminder that some extraordinarily resilient people faced unconscionable social and economic barriers to raise families, build legacies and contribute to society, despite dealing with things not in their control. In fact, the recognition of this matter helped people develop a sense of control in a life, that because of who they were, where they lived or what they believed, was full of unpredictability.

Back then, people worked harder for less pay or sometimes no pay. 401k plans didn’t exist, and the stock market was for Wall Street, not your street. Healthcare was a quick fix…something you found in the medicine cabinet or on the back shelf in grandma’s kitchen. If it was serious, an alcohol drenched cloth or a homemade splint would suffice as the cost and availability of doctors and hospitals were out of reach for many.

Voting wasn’t a “right”, or even a realistic option, as few candidates represented our best interests while generations of Jim Crow intimidation and violence, poll taxes and other untoward maneuvers were all fair game.  It almost makes today’s obvious political malpractice of voter suppression look like child’s play, a shameful attempt at distraction and inconvenience.

Creating Financial Legacy:  The common thread in all of this is that when people had little choice but to plan for the unplanned, they seemed to fair better creating legacy with precious and limited resources than people of greater capital do today. Maybe it was because they saw the future promise. They understood their role to pass a battered but unyielding torch tor people like me, a beneficiary of that kind of love and commitment.  Perhaps you are a beneficiary too.

Whether you are “Living in High Cotton” or simply hoping for a well-deserved retirement, ask yourself: Am I prepared for what is to come?

If not, be less concerned with a change in the White House and more anxious to build and preserve the financial foundation of your house.  Remember, if the creek DOES rise…you better have a plan.